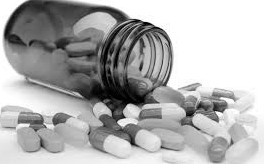 Some children cannot inhibit exhibiting impulsive behaviour, such as ‘fight or flight’. This could be due to attachment wounds. They might have had a traumatic childhood. Or it could be that such children have ADHD.

So many of the children I work with struggle to inhibit their behaviour and get excluded from school as a result.

Many of the parents of children exhibiting impulsive behaviour of one kind or another are highly reluctant to consider medication for ADHD. They fear this will be somehow detrimental to their child.

However, in all my years of experience of working with children who are diagnosed with ADHD, and who are medicated due to their sensory processing under-responsive behaviours, I would say that I’ve only seen two cases when the child didn’t respond really well to the medication.

One little boy who has struggled for years with attention problems, always being ‘on the go’ and unable to focus, has recently been diagnosed with ADHD and was prescribed medication, and the results have been amazing.

His mum usually dreaded picking him up from school but after seven weeks on Ritalin he was awarded the Champions Award for best work in the class.

It just shows that a child’s neurological imbalance can be supported so much through medical intervention. This is often frowned upon but my feelings as a therapist are that if a child needs medication for a condition like diabetes you would not deny them it just as you shouldn’t for inattention, impulsivity and the need to be constantly on the go.

This website uses cookies to improve your experience while you navigate through the website. Out of these cookies, the cookies that are categorized as necessary are stored on your browser as they are essential for the working of basic functionalities of the website. We also use third-party cookies that help us analyze and understand how you use this website. These cookies will be stored in your browser only with your consent. You also have the option to opt-out of these cookies. But opting out of some of these cookies may have an effect on your browsing experience.
Necessary Always Enabled
Necessary cookies are absolutely essential for the website to function properly. This category only includes cookies that ensures basic functionalities and security features of the website. These cookies do not store any personal information.
Non-necessary
Any cookies that may not be particularly necessary for the website to function and is used specifically to collect user personal data via analytics, ads, other embedded contents are termed as non-necessary cookies. It is mandatory to procure user consent prior to running these cookies on your website.
SAVE & ACCEPT